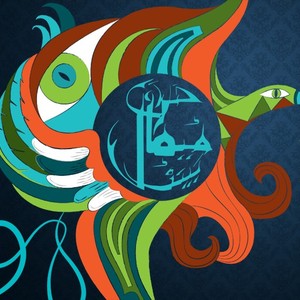 “My whole thing is don’t bullshit, just do what you have to do,” explains guitarist, composer, and tireless bandleader Mekaal Hasan. “We’ve got a confused dialog with the world, yet we have so much heritage.

Mekaal’s own sonic dialog is complex, yet resonant and clear. Shaped by the sounds of his native Lahore yet inspired by his father, a hub of jazz culture in Pakistan, Mekaal honed his approach to guitar and music at Berklee School of Music. He has dedicated himself to punching through boundaries—between elder and traditional musicians and young rockers, between Indian and Pakistani artists—while finding a voice that moves nimbly through Subcontinental forms, jazz, and prog rock.

Mekaal can swoop in with a glittering lick, or add beautiful grit to a sinuous modal melody. His playing harnesses the chord-driven power of jazz and rock, while creating ample space for traditional approaches to melody and ornamentation. In leading his band, which took the Pakistani rock scene by storm in 2004, the guitarist has turned a keen ear to veteran musicians like bansuri (bamboo flute) icon Ahsan Papu and masterful folk and film singer Humaira Chana, part of a deep pool of talented performers too often neglected in Pakistan. They join him as part of The Mekaal Hasan Band at SXSW.

“Hasan leads Pakistan’s most respected rock group… In fact, In fact, Hasan has become something of a bridge between Pakistan's new generation of musicians and Lahore's older classical players.” --NPR

Mekaal came by his border-crossing impulses honestly. He grew up surrounded by jazz: His father was a popular radio DJ, as well as an avid album collector and jazz supporter in Lahore. Jazz musicians—Jan Garbarek, Kevin Eubanks—spent time with Mekaal’s family. “Our house was open to people from all over the world,” Mekaal remembers.

Yet it was no easy feat, to gain a solid grounding in jazz or any other popular music in Pakistan in the 80s and 90s. Even guitar picks were scarce, and venues and gigs non-existent. Mekaal taught himself to play as a teenager, picking out the guitar parts of his favorite Led Zeppelin and Pink Floyd songs. He mastered the instrument well enough to head to Berklee, where he became obsessed with studying harmony and perfecting his technique.

When family beckoned him back home, he decided to hone his sound and push his limits, despite the discouragingly moribund local scene. Frustrated after several high-profile jazz project fizzled, he turned to his own heritage for a way forward. Mekaal dug deeply into the traditional classical music he heard from traditional players, musicians who had long family histories and remarkable skills—but who had no opportunity. “I started to see how neglected these musicians were, and I saw how evolved the classical language is,” Mekaal notes. “There was all this beautiful melodic language just waiting to be written underneath to bring out the textures.”

To learn this language more fully, he turned to flute player Ahsan Papu, who had become a close friend and constant inspiration, as Mekaal sought a new, integrated sounds. “I had to relearn how to play guitar in some ways,” he explains. “I wanted to double Papu’s solos. For years, I had to learn how to do those slides and trills and the kinds of inflections and note choices, much like a jazz player transcribes the solos of his favorite master musicians.”

As he perfected his technique, he added jazz-powered ornaments and colors of his own: “There are so many beautiful twists and turns in those linear melodies, and that fascinated me. I began to explore how to approach modal harmony, how to use the jazz perspective on melody and use chords to shift the sound,” in ways reminiscent of Pat Methany and King Crimson, of Dixie Dregs and Tortoise.

Shifts in sound, the emotional hook of Mekaal’s pieces, illuminate another of Pakistan’s neglected treasures: the classical and traditional devotional poetry of sages and Sufi practitioners, as well as contemporary works that tackle Pakistan’s difficult past (like Lahore-born Indian poet Amrita Pretum’s “Waris Shah,” mourning the Partition).

Mekaal puts his own spin on these tales of spiritual adoration and passionate yearning. At first, his band featured a male qawal, or devotional singer, yet as time went on, and as Mekaal marveled at the works of Kate Bush, he longed to hear a woman’s voice in the mix. Fascinated by the connections and contrasts between his heritage and what he heard in India, he started playing with Mumbai jazz heavyweights, adding their approach to what is at its heart a Pakistani sound. (Mekaal’s line up in Austin, however, will feature his Pakistan-based collective.)

With a fluid style that balances drive and tenderness, Mekaal’s playing and writing finds deep synthesis, where other performers have stopped at fusion. “Until now,” Mekaal reflects, “most ‘fusion’ has come from Westerners interested in what the Indian world is doing. That’s changing. The divisions between East and West, between India and Pakistan are all in our minds. I have sought to remove those divisions. I just love the fact that you can communicate through a discipline that you learned in another country, but you belong somewhere else.”